This was our second winter for our little bee hive
that we inherited when we bought this property. 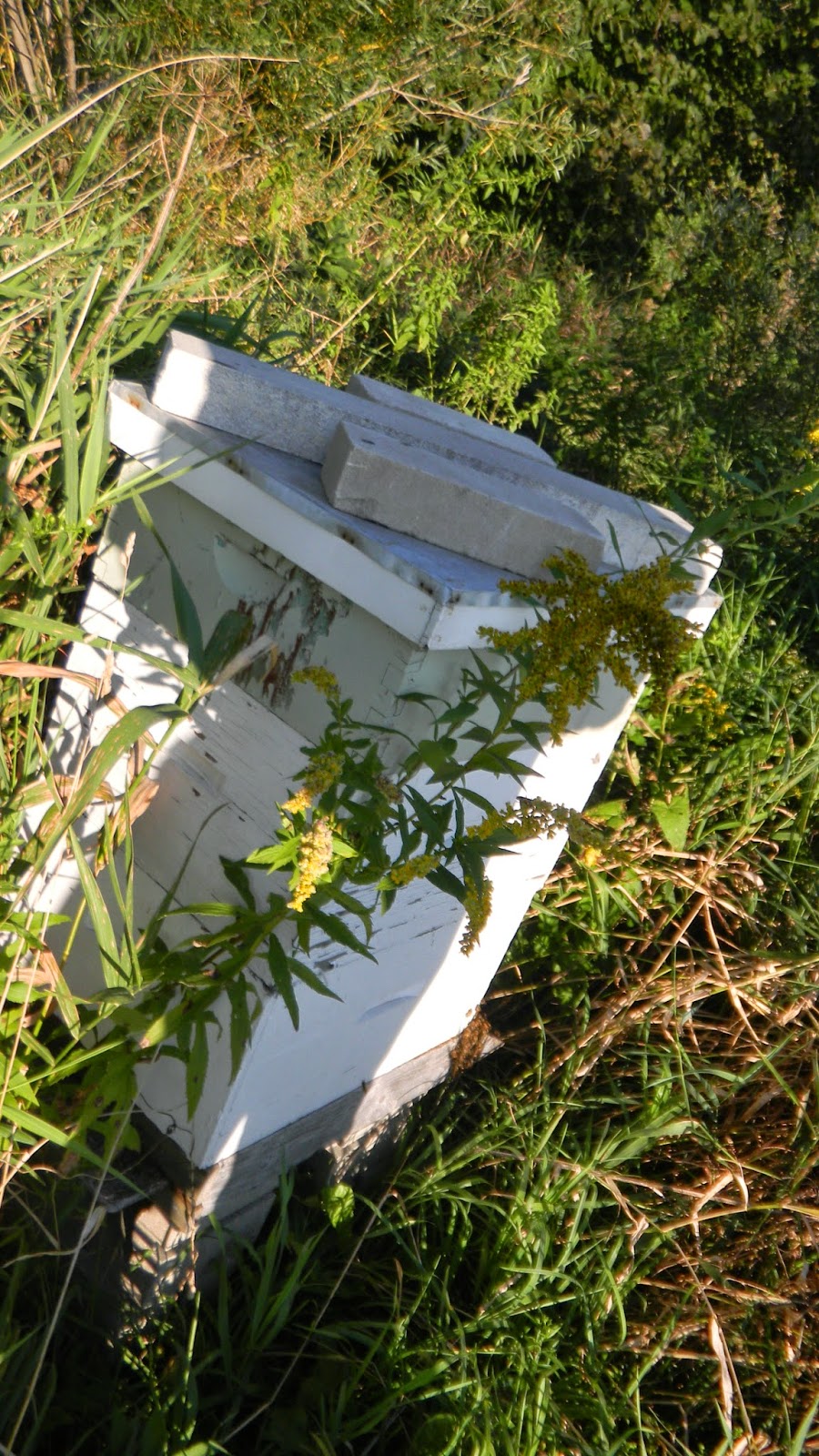 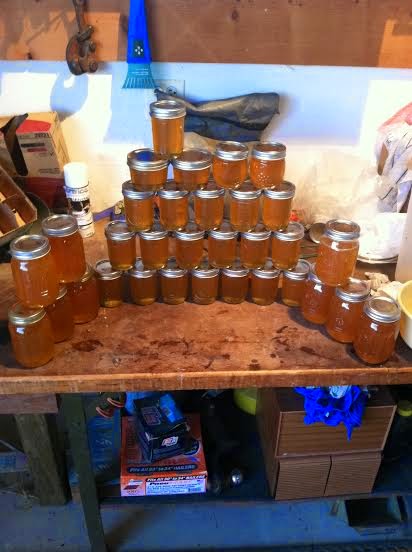 We were hopeful that our bees would survive another winter.
After all they survived the horrid cold of 2013.

I felt pretty confident when we came home from Michigan and there were dead bees outside of the hive.

That means they were keeping up housecleaning or hive cleaning,
kicking the dead bees out of the hive.

But as the temperatures began to warm and I saw no activity around the hive or heard no sounds in the hive I began
to worry.

Sadly my fears were confirmed when I took the hive apart. 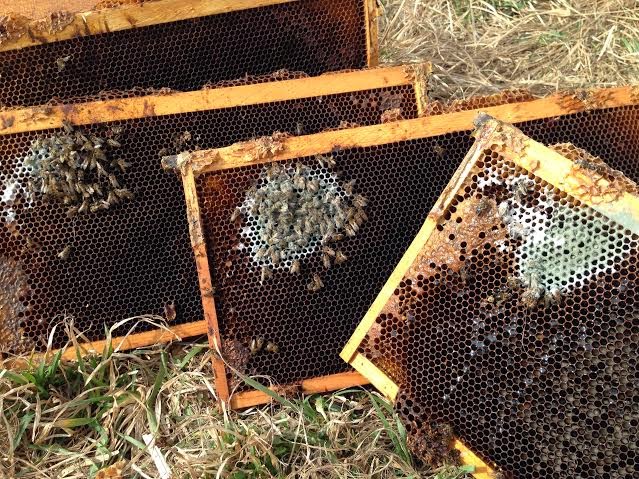 What was left of the hive had died.

I can tell condensation had occurred inside the hive do to the mold. 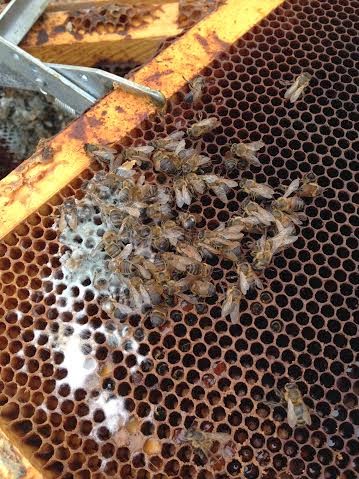 Even though a few boards over were filled with honey. 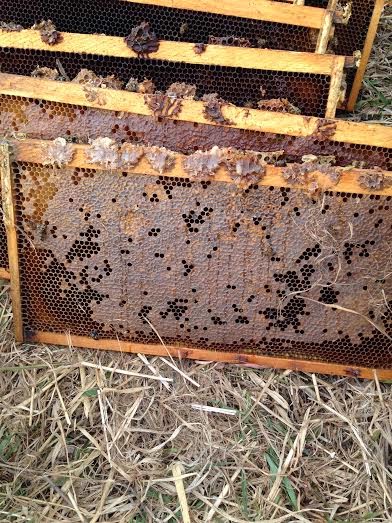 It made me sad!

Thankfully we had ordered another queen and swarm late last fall.
Our intentions were to start another hive.

But now we would be replacing our old hive. 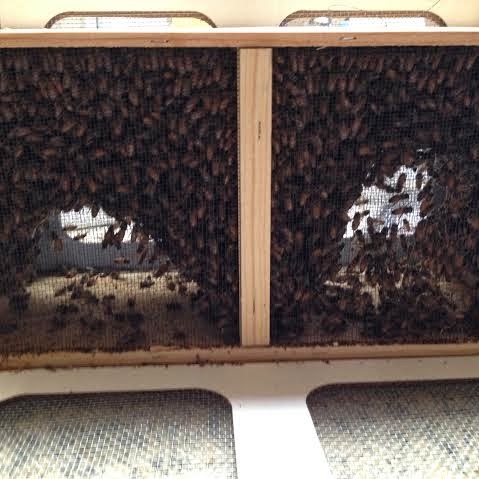 I always wonder what the drivers think when they deliver a package like this!

And it just so happened I was attending my first meeting of the
local bee keepers association that night.

I had so many question about how to add the bees to an old hive.
Can I use the same frames?
Do they need to be cleaned or will the new bees take care of it?
Where does the queen get released at?

I had watched a dozen or so u-tube videos on the process,
but there is nothing better then some experienced bee keepers
to pass along their knowledge.

On Saturday the pipeliner and put on our bee suits 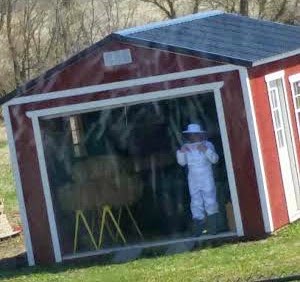 to begin the introduction of the swarm to our hive.

The pipeliner dumped the bees into the hive while I took pictures. 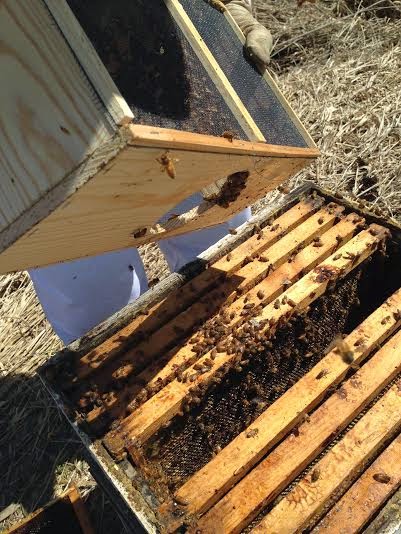 The queen is in her own little cage that is inserted first in between the frames.
There is a piece of "candy" that separates her from the rest
of the bees.
The queen slowly releases a pheromone that makes the rest of the bees want to eat the candy to get to her.

When the candy is gone the queen is released down into the hive
to begin her work. 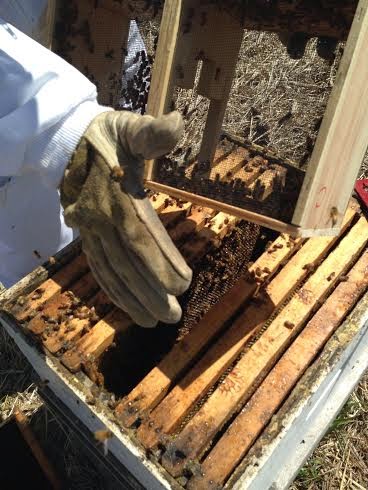 Today I am going to open the hive to make sure the queen has
been released.

I should have done this a couple of days ago,
but we have had some really windy days.

Not a good idea to mess with bees when its windy!

I still have SO much to learn about this whole bee keeping thing!

I am really glad I found the local bee keeping association in my area.

I would recommend anybody wanting to get started in raising bees
to find their local chapter and start attending meetings.

There is nothing better then advice from others!

Remember the bees are starting to become active and are on the
hunt for pollen. 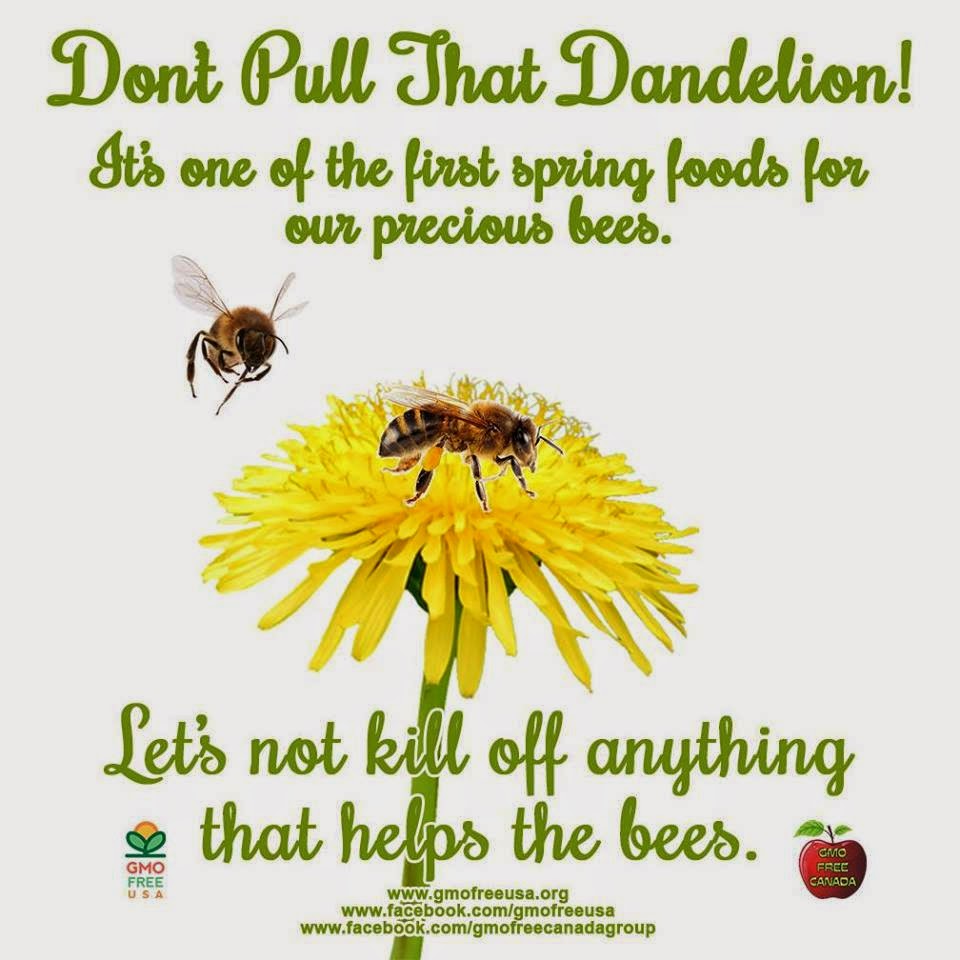 Linking up to The Homeacre Hop

It seems that since we returned from Michigan
our lives have just been filled with business.

First was getting ready for my parents 50th Anniversary party.

It was my turn to host.
We entertained 24 people on beautiful, sunny Sunday! 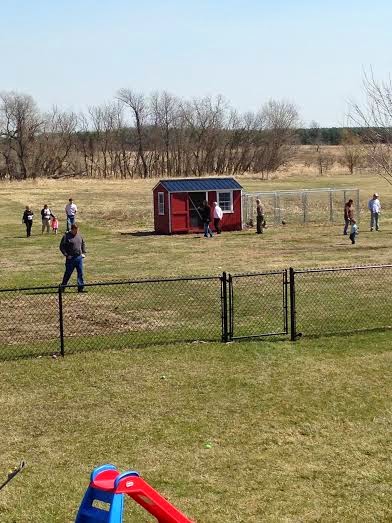 Glad we have lots of room to roam!

This week was a little bit calmer.

I finally got to thumb through some cookbooks I had picked up
at a thrift store last winter.

I found a fun recipe for some leftover apples that were in the fridge. 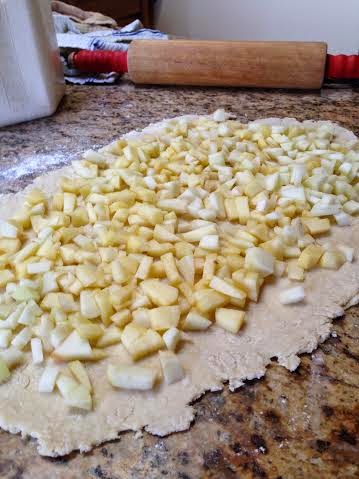 They are called apple dumplings. 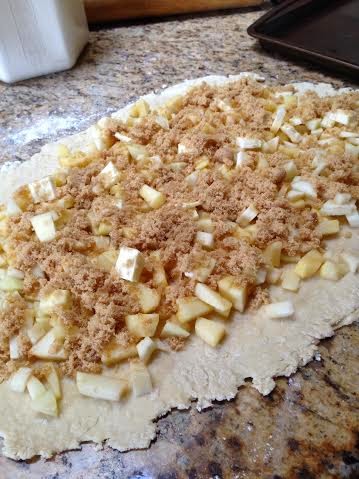 But I felt like I was making some version of a cinnamon role. 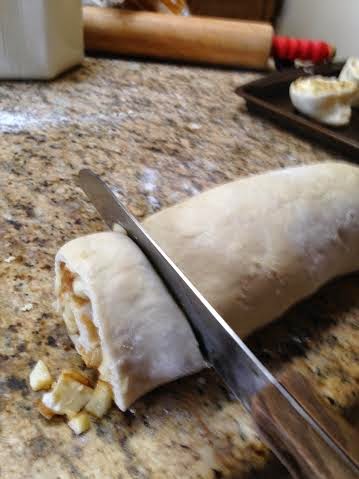 All though the dough is more of a pie crust. 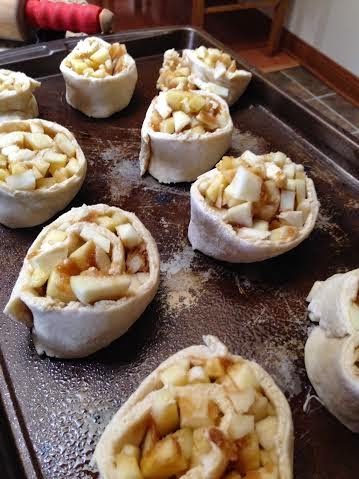 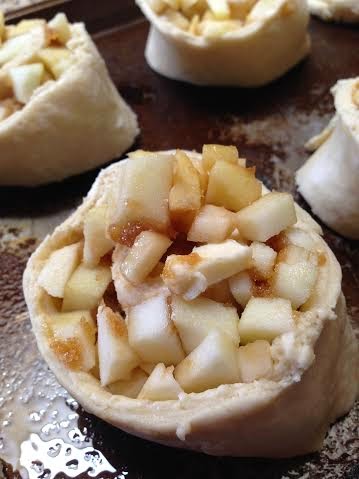 Then you spoon this yummy mixture over the top! 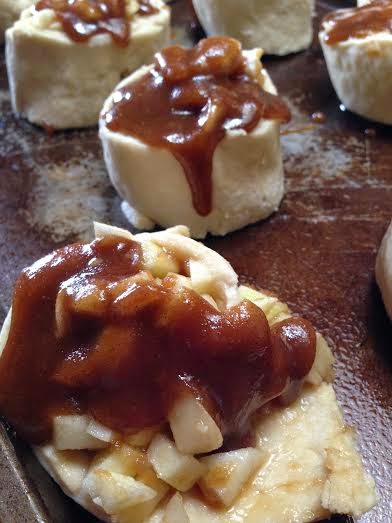 They smelled  divine while baking! 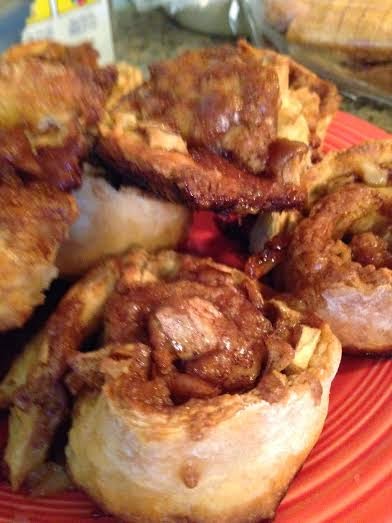 They come out with a nice crusty side, and a warm, caramel center.

We enjoyed them with a big scoop of vanilla ice cream while warm.

I enjoyed another one cold with a hot cup of coffee the next morning!

I can't wait to try some more recipes out of this cookbook! 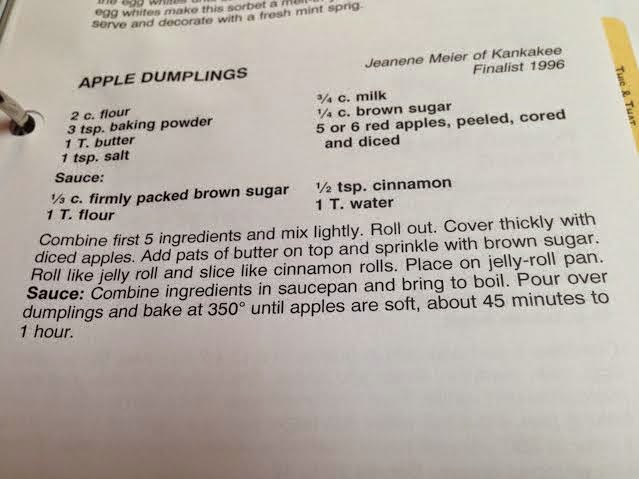 Last Sunday my sister and I hosted a party in
honor of my parents
50th wedding anniversary. 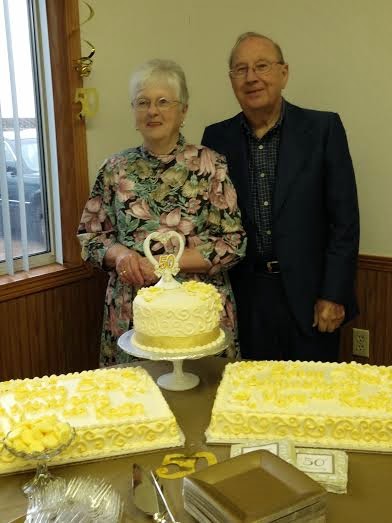 The day began with our family attending Sunday
morning church services at the same church
they were married in and still attend every week. 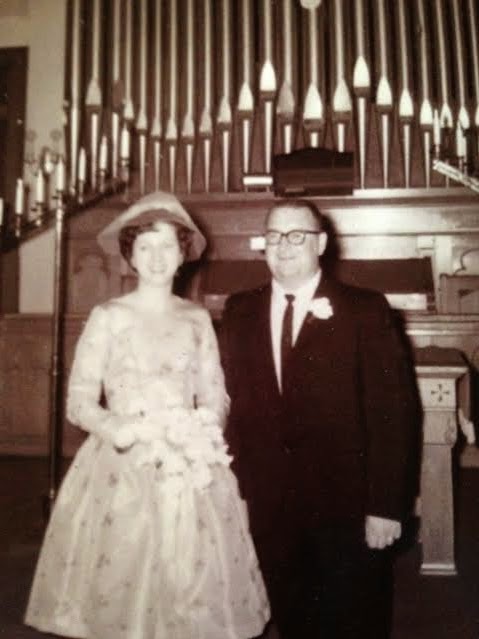 After the service was over we gathered with more family
and friends at a local event center for lunch.

My sister and her husband own a catering business,
so they handled the food.
And what a wonderful meal they prepared!

I was in charge of the cake, refreshments and decorations.

I used my moms green Ball jars as the centerpieces.

They were filled with a mixture of 50 yellow roses and white daisies. 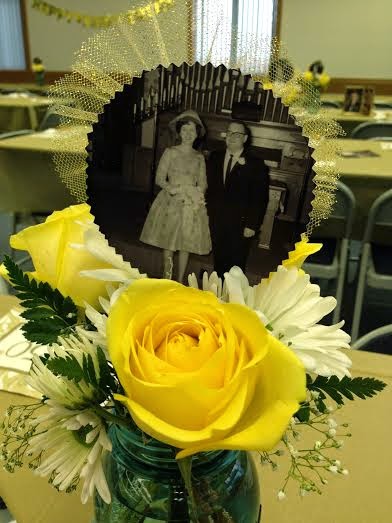 Their black and white wedding picture was the focal point. 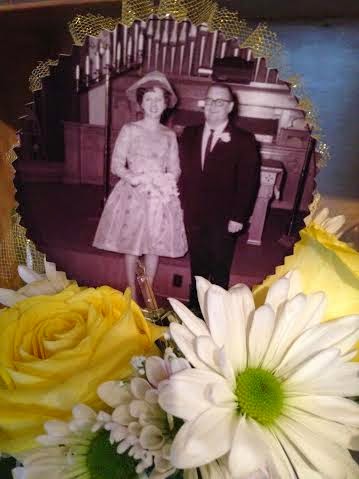 I was happy with how they turned out!

I also made an arrangement of roses for the church alter, 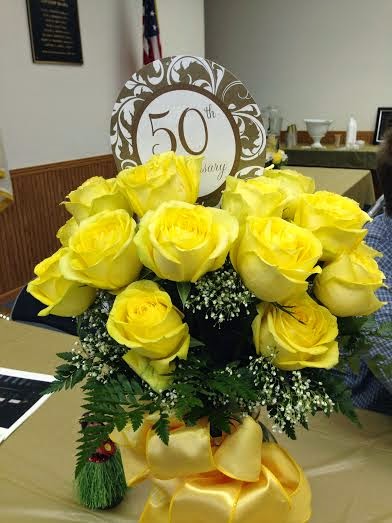 then transferred  to the banquet hall for a centerpiece
at the head table.

My aunt suggested making the same creamcheese mints for the
party, that she had made for their wedding reception. 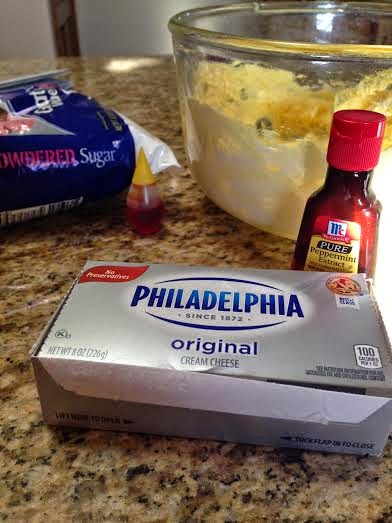 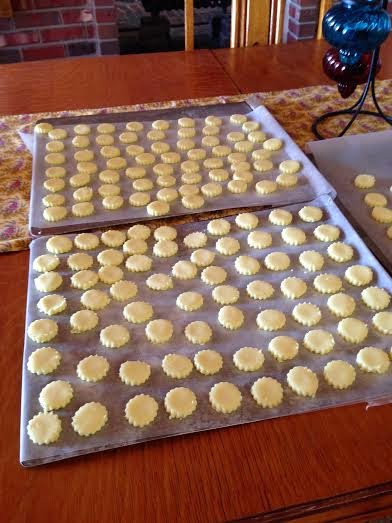 It was a very special day for my parents.

They were surrounded by lots of family and friends
sharing great memories and well wishes!

I know they enjoyed every minute of this special day!

Thanks mom and dad for being such a wonderful blessing
in our lives!

Liz
I married "The Pipeliner" in 2007. We have been on the go ever since! I never know where his job might take us. It is always a challenge trying to cook, keep the dogs entertained, and the man happy in a 36ft. travel trailer. We recently purchased a house situated on 5 acres. I am looking forward to adding my own personal touches inside and out to make this new house our home. 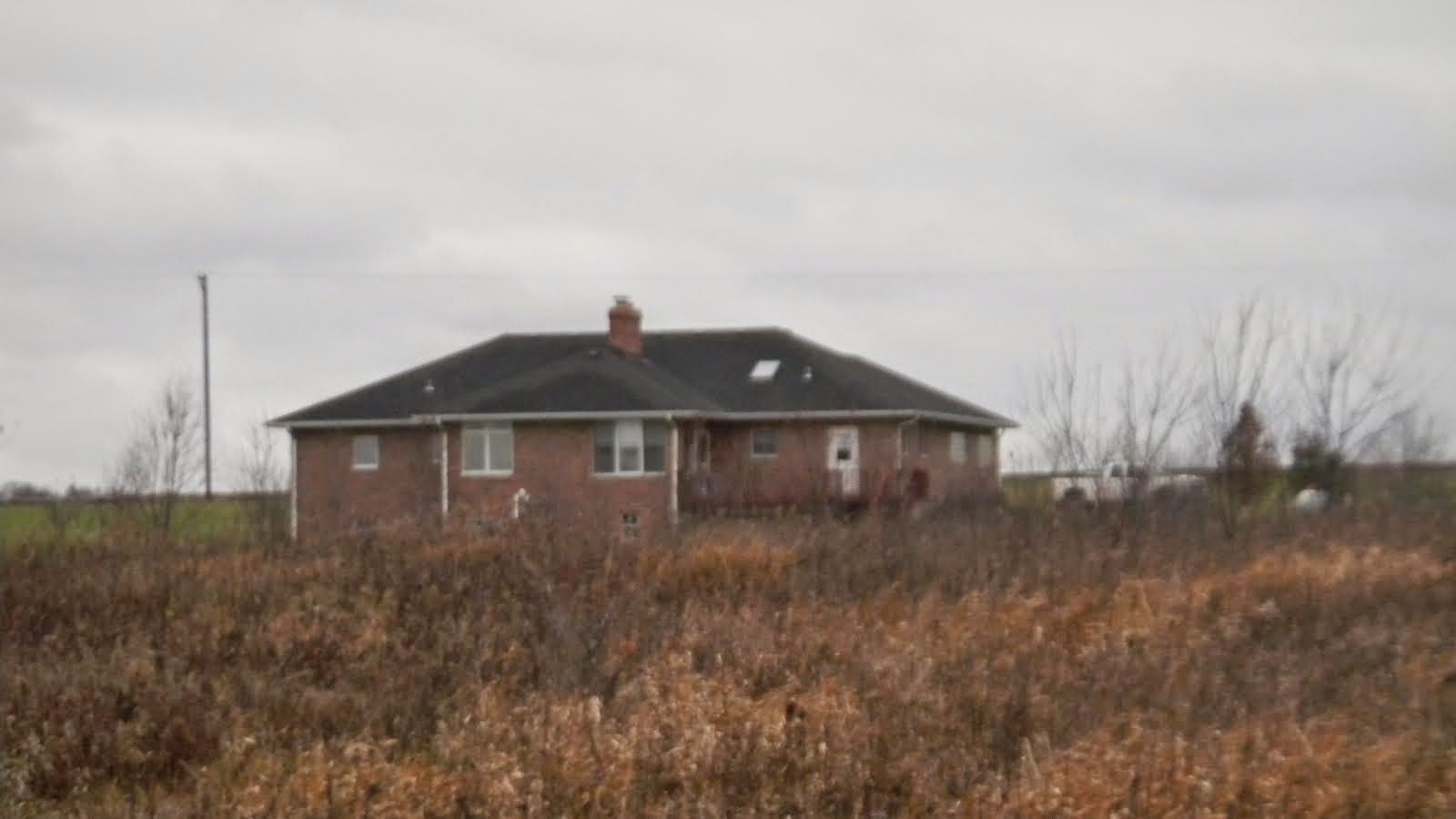 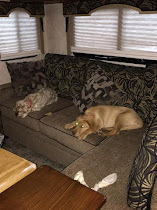